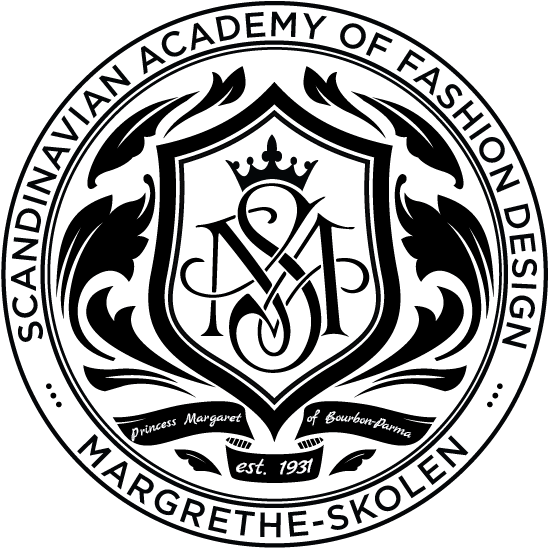 SAFD is the oldest fashion and design school in Scandinavia, and has in more than 85 years educated many of the leading apparel designers, stylists and business people within the Danish and international fashion industry

All courses and projects in the 6th semester are leading up to the graduation project. It is expected that the students work constructively and creatively with focus on an experimental and a academic aspect.

The focus is on the more process-oriented projects. Brand and firm project about sustainability are given, so that the students get contact and insight into the selected companies and their sustainability profile. Similarly, there will be focus on creative tasks where experimenting work with silhouettes, shapes and materials will be given.

Students in 5th and 6th semester has at this time acquired tools, techniques and experience. Thus, the student has acquired skills and knowledge to process development, product and marketing. Throughout the education, each students projects will be evaluated by the teachers and internal- and external examiners, both verbally and in writing.

SAFD’s graduates have for many years held fashion shows & events during the Copenhagen Fashion Week after their 3-year education and have thereby given their ideas for the future of fashion in the form of creative and craftsmanship. The guests range from industry professionals, bloggers, influencers and journalists from home and abroad, to anyone who thinks that fashion is an essential field that is worth participating in and exciting to explore.

Internships are a part of the education, where the students will have the opportunity to put theory into practice and the opportunity to test their skills in working with real issues and challenges in a fashion company. As an intern, students will be involved in projects that support the continuous development of the company and to test their acquired skills in a professional context.

The internship is organized so that the students get an in-depth knowledge of the field, a designer is working in. In dialogue with the company the student formulates an issue that will be the basis for the students work in the company as well as the practical task to be handed over after completion of the internship. SAFD encourages the students to apply for an internship. The school helps with support and network in the search process, but it is up to each student to secure an internship and complete the tasks made during the internship. Should this in some cases fail, the school offers an alternative program with special emphasis on immersion, professional knowledge and practical experience. The students will perform a case study at the end of the project.

The education at Scandinavian Academy of Fashion Design gives a total of 180 ECTS points, which is the same number of points that a bachelor’s degree gives. The program is SU grant approved by the Agency for Higher Education and Science, but as SAFD is a private institution in Denmark, the school does not have the right to use the title “Bachelor” due to the Danish rules for accreditation of the field of education, even though the ECTS points as mentioned above are the same.

If the students wish to take a master’s degree abroad, the Danish rules for accreditation in the field of education will not necessarily be of significant importance, as the foreign design schools first and foremost look at the total ECTS point given, the student’s academic level and content of the education course at the school. Scandinavian Academy of Fashion Design (Margrethe School) has existed since 1931, and is thus one of the oldest design schools in Northern Europe. Due to the school’s history, reputation and its recognized education, which the school has designed and developed over decades, the school is well known in international circles, and it is therefore possible to gain credit for the vast majority of design schools and universities abroad after completing a education at SAFD, and if the place of education finds the student’s academic level high enough. Former students from SAFD have so far been accepted to foreign graduates/masters such as the Amsterdam Fashion Institute in the Netherlands and the Royal College of Art in England. In addition, graduates from the school have also been admitted to other foreign design schools such as Central Saint Martins (London), London College of Fashion and Parson School of Design (New York & Paris).

Whether the students want to study further after graduation, want to start their own business or want a job in the Danish or foreign fashion industry, SAFD will always promote and fulfill the students’ wishes in the best possible way. The school has been doing this since the beginning in 1931, where the place has trained some of the greatest Scandinavian designers who have done well both at home and abroad.

One academic year corresponds to 60 ECTS (European Credit Transfer and Accumulation System), and the education provides overall 180 ECTS credits. The education gives the students the right to use the title Clothing Designer, Apparel Designer or Fashion Designer.